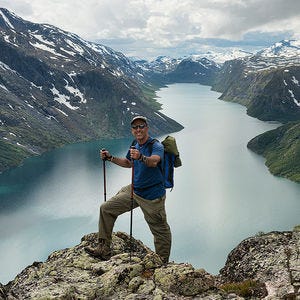 Sala Arun is Bangkok's latest boutique hotel,a sister property to the already well established Arun Residence.Designed by noted Thai interior designer,Chavalit Chavawan,this cozy lodging features six deluxe rooms and one suite,each named after a historical period in Thai history.The interior of the Sala Arun is a lavish affair,with plenty of teak wood flooring,and all rooms outfitted with the most modern of amenities,including I Pod docks,LCD TV's,and Wifi throughout. 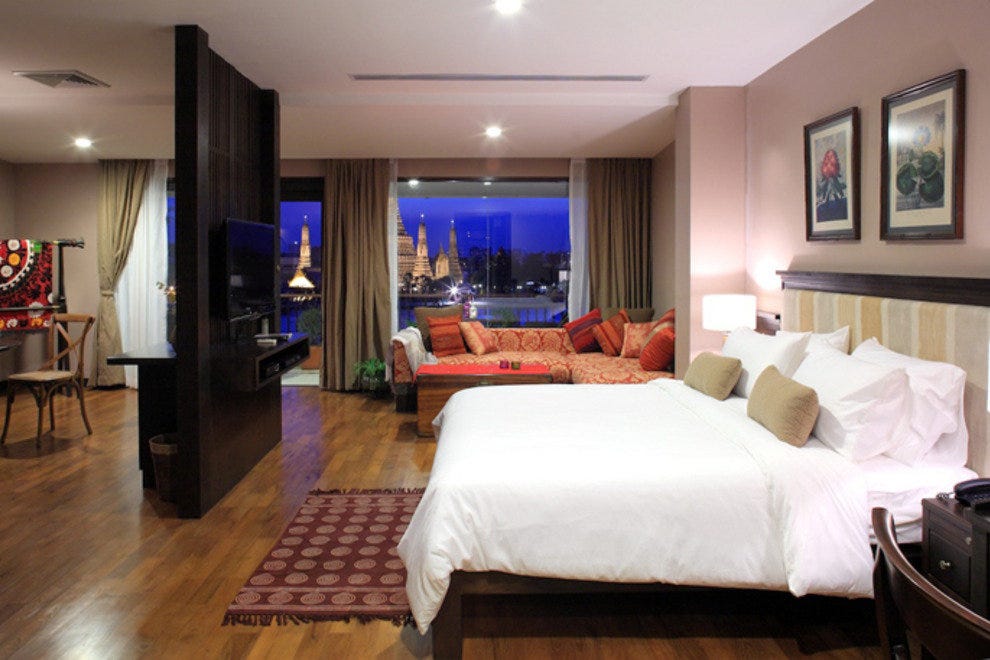 While two of the rooms face the Reclining Buddha Temple,the other five face beautiful Wat Arun,the Temple of Dawn,one of Bangkok's most esteemed landmarks,which sits on the opposite bank of the Chao Phraya River.The fourth floor suite at Sala Arun has the premiere view of Wat Arun in all Bangkok,and its balcony swing is the city's most idyllic spot from which to take in the temple drenched in sunset colors and then lit up in gold as the lights on it are turned on for the evening. 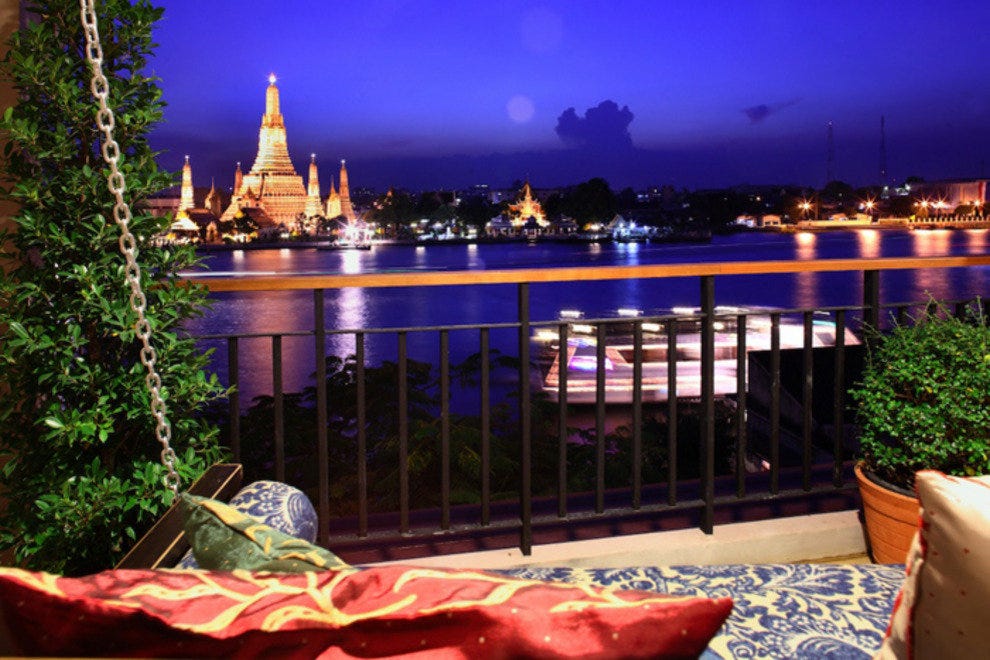 The Sala Arun is located a short walk from the Tha Tien Pier,and is somewhat hidden,located in a maze of alleyways and market stalls that make up this tranquil and atmospheric part of Bangkok.Additionally,great food and drink are just around the corner,as the sister Arun Residence and its outstanding Deck Restaurant andAmorosa Barare just down the road a short stroll away,and for forays further afield,the ferry pier at Tha Tien gives easy access to the rest of the city without dealing with traffic.

Dave Stamboulis is a photojournalist based in Bangkok specializing in travel.Updating writer of Fodor's Thailand guidebook and author of the award winning Odysseus' Last Stand,Stamboulis is a frequent contributor to multiple magazine publications in SE Asia,and his photos,represented by Getty Images and Alamy,appear in publications throughout the world.