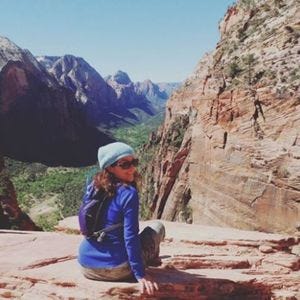 "So many people come to Florida and,generally,they're thinking beaches orOrlandoamusement parks," says Andrew Sheeter."But tourists should come visit us here in Winter Garden,because this is what we call 'real Florida.'"

Sheeter and his partners were quite confident,in fact,that their project,Crooked Can Brewing Company– and the beautiful Plant Street Market in which it resides – would be well received here. 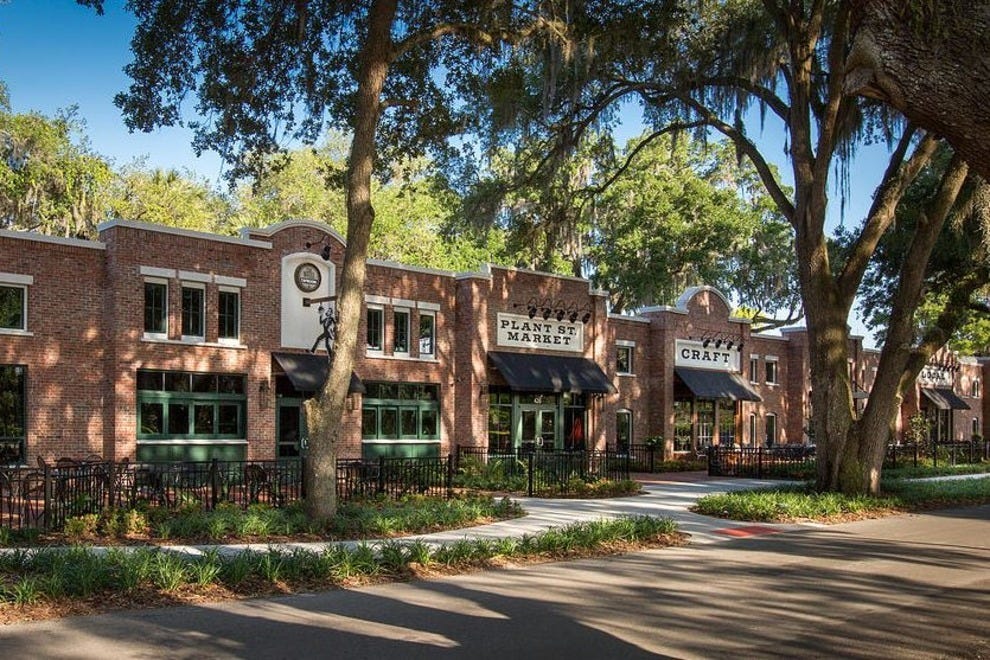 Come to shop,stay for beer.Plant Street Market is home to a host of unique local businesses.—Photo courtesy of Crooked Can Brewing Company

Crooked Can and its taproom opened ahead of the larger market.Busy on day one,it's been bustling ever since.

"We were out there a lot on weekends during the process and had groups of people approaching us,asking how it was progressing," he says.

Opening day was "crazy," he says,and the day the market opened,even more so.

On any given day,folks interested in a taste of the Orlando area's burgeoning craft beer scene can pop in and sample some 14 to 16 different pours,from the Cloud Chaser Hefeweizen to the Domestic Bliss Belgian Golden Strong Ale.With a 9.5% ABV,"It'll make your home life better," Sheeter jokes.

"It's the freshest coffee stout there is," says Sheeter. 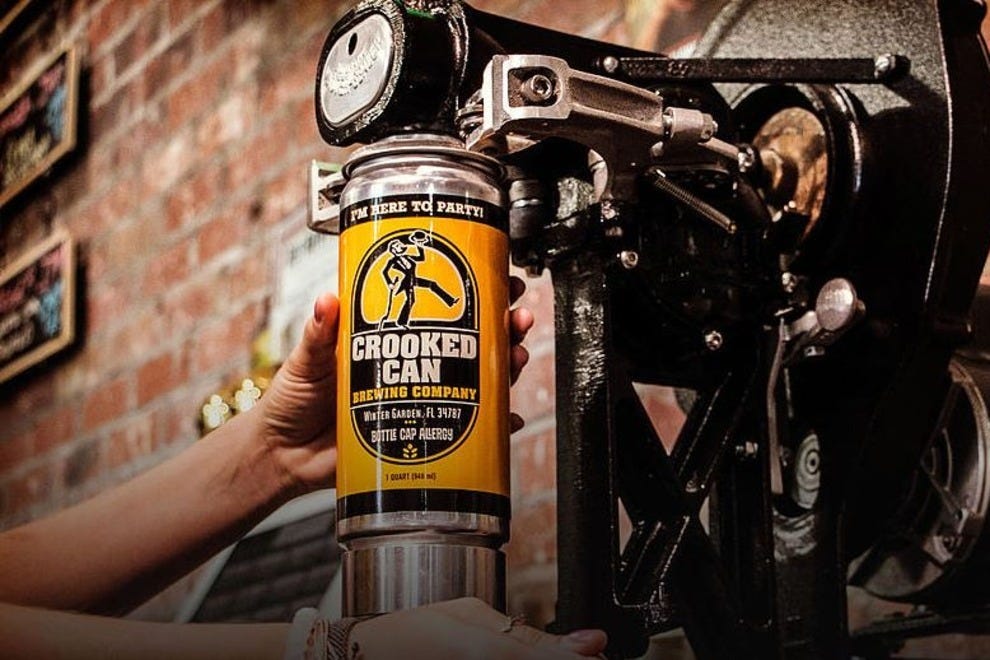 "We have a unique venue here," says co-founder Andrew Sheeter."A great,friendly scene – inside and out." —Photo courtesy of Crooked Can Brewing Company

Of course,you can purchase a six at Total Wine and taste other Crooked Can offerings on taps around the Orlando metro from World of Beer to the Yard House and beyond.In fact,the Mr.Tractor kolsch is available at the newly opened Morimoto Asia celebrity chef venue at Disney Springs.

But if you want to drink like a local,best pop in on a market day.And bring the family.

"That was part of our vision," says Sheeter."All of us,the owners,have kids,and we wanted a place that would be accommodating to that."

Large lawn areas flank the patios outside,and games – giant Jenga and Connect Four,along with cornhole – give kids plenty to do while their parents enjoy a cold one,no scolding necessary.

"It's a two-fold reason why our outdoor area is so large," he explains."Maybe one day you're here and your kids are home with a sitter,or you're younger or older and don't necessarily want that family experience.We've built it big enough so that it's very easy to find your own little spot away from the kids and the dogs if that's your preference."

Yes,indeed,pet-lovers.Crooked Can is dog friendly.

Tours are offered on weekends for $10,which include a comprehensive learning experience (roughly 35 minutes' worth) and a frosty cold one served in a glass you can take home.

Reservations are necessary,though;simply make one online. 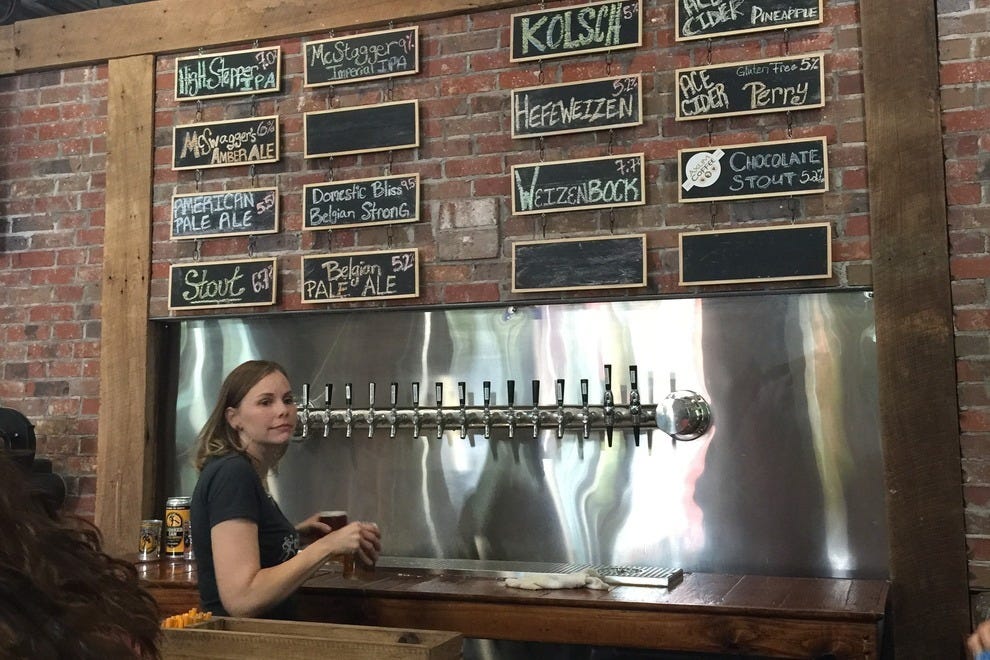 All beers sold at Crooked Can are Crooked Can beers.Say that 10 times fast after a couple of McStagger Imperial IPAs.— Photo courtesy of Jen Badeaux

"Our Oktoberfest is ready,and we're just waiting for our big weekend (Oct.16 to 18) to release it," Sheeter says.

Also waiting in the wings,a pumpkin offering,a blueberry wheat and a special-release,bourbon barrel-aged Imperial Stout to be sold in 750-milliliter bottles.

Sheeter says that Crooked Can has managed to convert many a Bud-drinking local into a craft enthusiast.

"When people come in and taste it,they develop an appreciation for the quality and the work that goes into making a good beer," he says."They just can't go back."